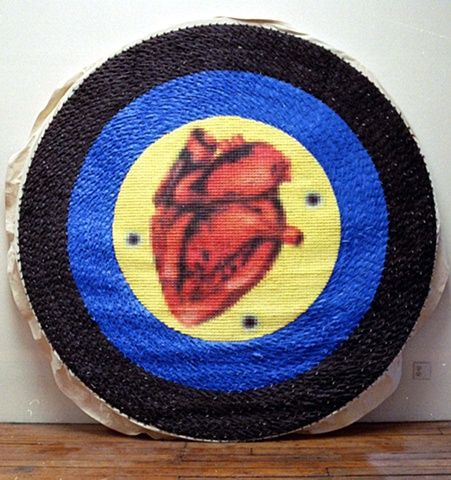 As the murder rate climbed and spiked in the city I live in, a local newspaper printed thumbnail photographs of each of the victims on a single page, along with a map marking the location of the discovery of the bodies. The majority of these photos appeared to be mug shots, and the only caption to each photo was name and age. Somehow, this terse communal obituary proved more dehumanizing than not addressing their loss at all. That night I had a dream about a bullet striking a heart, and began constructing this piece to express my desire for safer streets, and to lament the vulnerability we face in this culture.